A Review Of The Gas Detection Technologies Available To You

You’ve decided that your facility would benefit from the installation and implementation of a gas detection system. Congratulations on a big step in the right direction toward improving the overall safety of your facility and your workers.

Now comes the fun part, selecting the right technology to meet the needs of your application. While it might seem like an overwhelming task, you’re not in it alone as there are experts in the field who can help you understand exactly what you need, and why.

If you’re determined to do some upfront research, a good starting point might be to understand the technologies available to you and where/why you might consider one over the other. As no single technology is the answer for all applications, using a layered approach to your detection system will increase the probability of mitigating risk–but first you need to know your options.

The list below is designed to help you understand the technologies that make up most of today’s industrial gas detectors, as well as some of the key areas/applications where you might use a specific technology:

Catalytic Bead (CB) The operating principle of catalytic gas detectors employs catalytic combustion to measure combustible gases in air at LEL (lower explosive level) concentrations. A heated catalyst (a coated wire coil) burns the selected gas. As the temperature of the wire increases, so does its electrical resistance. A standard Wheatstone bridge circuit uses two wire coil elements (one for detection and one for compensation) to transform the raw temperature change to signal the presence of combustible gas.

Point Infrared (PIR) Infrared gas detectors use two wavelengths, one at the gas absorbing “active” wavelength and the other at a “reference” wavelength not absorbed by the gas. In point IR detectors, the concentration of hydrocarbon gas is measured via the infrared absorption of an optical beam known as the active beam. A second optical beam, known as the reference, follows the same optical path as the active but contains radiation at a wavelength not absorbed by the gas.

Open Path Infrared (OPIR) Similar operating principle as the point IR technology above, except the detection path distance of the IR beam is expanded to greater than 100 meters. OPIR detectors can use a retro-reflector or separate IR transmitters and receivers housed in different enclosures to monitor for a gas cloud in the IR beam path. There are OPIR detectors available that monitor in both the LEL-m and ppm-m ranges to detect both large and small leaks.

Laser-Based Gas Detection Technology (ELDS) The Enhanced Laser Diode Spectroscopy Gas Detector (ELDS) is an open-path non-contacting method of detecting specific toxic or flammable gases. When a gas leak occurs, the ELDS sensor’s laser optical technology recognizes and analyzes a gas’s specific harmonic fingerprint. False alarms caused by interference gases, which are experienced with other detection technologies, are not a problem with ELDS detectors because of their highly selective harmonic fingerprint technology. Unlike electrochemical cells, ELDS sensors are also immune to sensor poisoning since they are an optical device.

Ultrasonic (UGLD) In comparison to conventional gas detectors that measure % LEL, ultrasonic gas leak detectors respond to the ultrasonic noise created by a pressurized gas leak. This ultrasonic noise provides a measurement of the leak rate and establishes warning and alarm thresholds. Gas does not need to reach the sensing element as the detector “hears” the gas leak.

By considering the gas hazards at your facility, you can create layers of protection to mitigate risk and help keep personnel safe. Point fixed gas detectors are the first line of defense placed near potential leak sources such as pipes, valves, pumps, compressors, tanks and other equipment. Adding UGLD and/or ELDS detectors provides additional layers of protection for improved safety to protect people, equipment and facilities.

Watch our eLearning webinar on Gas Sensing Technologies to learn more about these detection technologies along with their strengths and weaknesses. 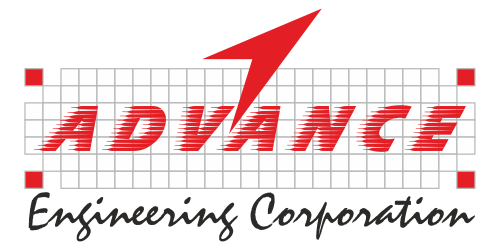